Julie began studying SRT with Joan Skinner, Robert Davidson and Kris Wheeler at the University of Washington in the 1980’s and continued her studies after moving to New York City and eventually became certified in 1993. She was featured in Robert’s first evening-length Aerial Dance work, Meister Eckhart, and soon afterwards began to do her own Aerial work. Her last evening-length work, Passages, featured Robert and her continued explorations in improvisational Aerial Dance thoroughly integrates SRT and is based on her years of work with him.

Her dance company, Fly-by-Night Dance, is based in New York City and offers a somatic approach to Aerial Dance as well as teaching and performing residencies, most recently at Coastal Carolina University.

In addition to teaching somatic trapeze dance, Julie is also teaching SRT at Union Theological Seminary in NYC and creating a new aerial duet that is being workshopped in New York and Washington DC this year.

She has a MA in Dance and Dance Education from Teachers College at Columbia University and her MFA is pending from George Washington University. 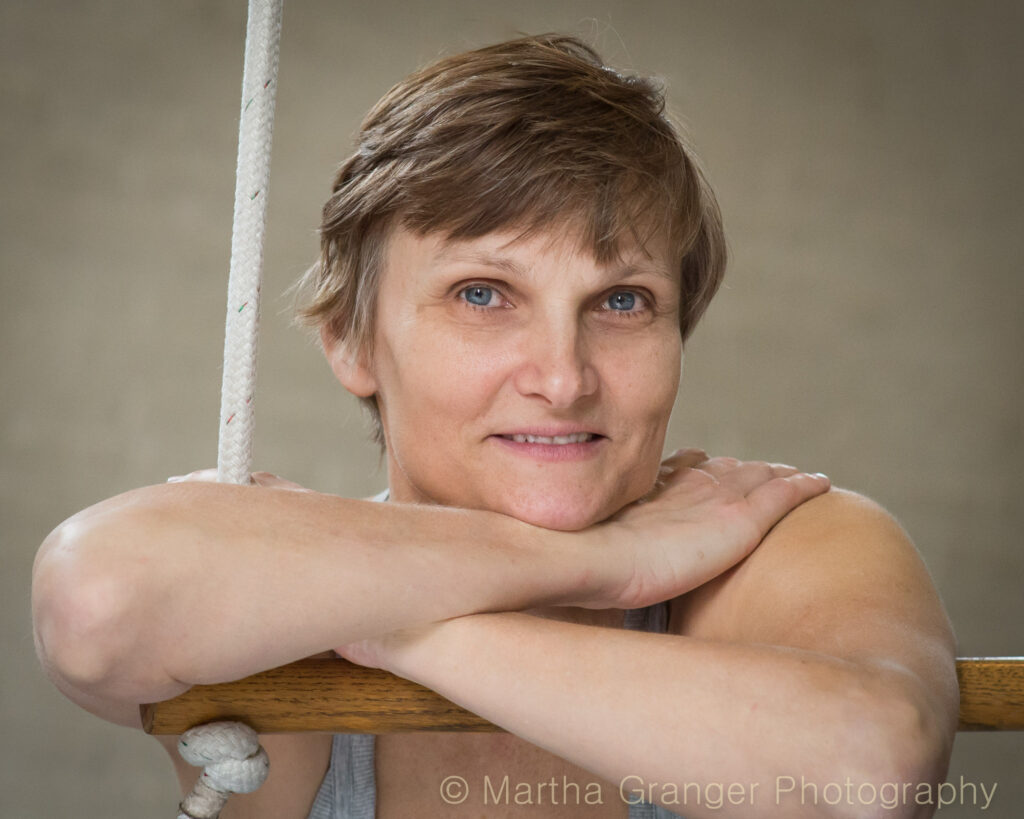