Education
Bettina Neuhaus is an independent dance artist, teacher and mentor based in Amsterdam. She is a certified SRT teacher at both Introductory (2004) and Ongoing (2011) levels.
She studied dance at the Theatre School Amsterdam and holds an MA Creative Practice Dance Professional Pathway, Trinity Laban Conservatoire of Music and Dance in partnership with Independent Dance (London).

Artistic work
Her choreographic and performative work centers around solo work and collaborations with dancers, musicians, visual artists and poets – often investigating the relationship between the tangible, multi-sensorial dancing body with its inherent imagination, intelligence and poetry and its social and ecological context.
Inspired by her earlier studies in music and movement education at the Folkwang University for Arts (Essen 1985-89), the collaboration with musicians and sound artists, and a fluid use of movement, voice and text as a performer on stage have become a main artistic interest.
In 2014, together with dance artist Ursula Sabatin, she initiated TanzuferInternational, a platform for dance- and music-performances; the productions SWIFT, plot and creatura have been presented across Europe.
Her lecture demonstrations ‘The unfolding image – the role of perception, imagination and image for dancing and composing’ (2015), ‘La danse comme dédicace à l’espace’ (2015) and the installation ‘Material Self Material Other’ in collaboration with Vanessa Grasse (2016) have been presented at numerous academies, festivals and symposia in Austria, Germany, Switzerland, France, the UK and Paraguay.
Selected recent performance work includes Creatura, with Ursula Sabatin and Paolo Cingolani (2018-19), Vapour Sketches with Eva Karczag (2015/18) and cumulUS, a performative installation with Akemi Nagao (since 2016).
Together with Eva Karczag she currently presents the lecture performance Along the lines at international festivals and academies and is working with dancers Maya M. Carroll and Gianna Grünig on the trio Triune Heart (Berlin/ Bern, 2019/20).
Since 2017 Bettina is dancer in MESH, an outdoor participatory performance for 10 dancers, exploring playful rituals of togetherness in public spaces choreographed by Vanessa Grasse and touring internationally.

Teaching
Her classes draw from and intertwine elements of Instant Composition, SRT and mindful body practices enhancing the experience of aliveness, creativity and interconnectedness to ourselves and others through the act of dancing and composing.
She has been teaching and developing Inner Flows – Outer Flows: Streaming with Body and Voice – a teaching series combining Pauline Oliveros’ Deep Listening® practice with Skinner Releasing Technique – since 2015 together with American/Dutch
musician and sound artist Sharon Stewart. 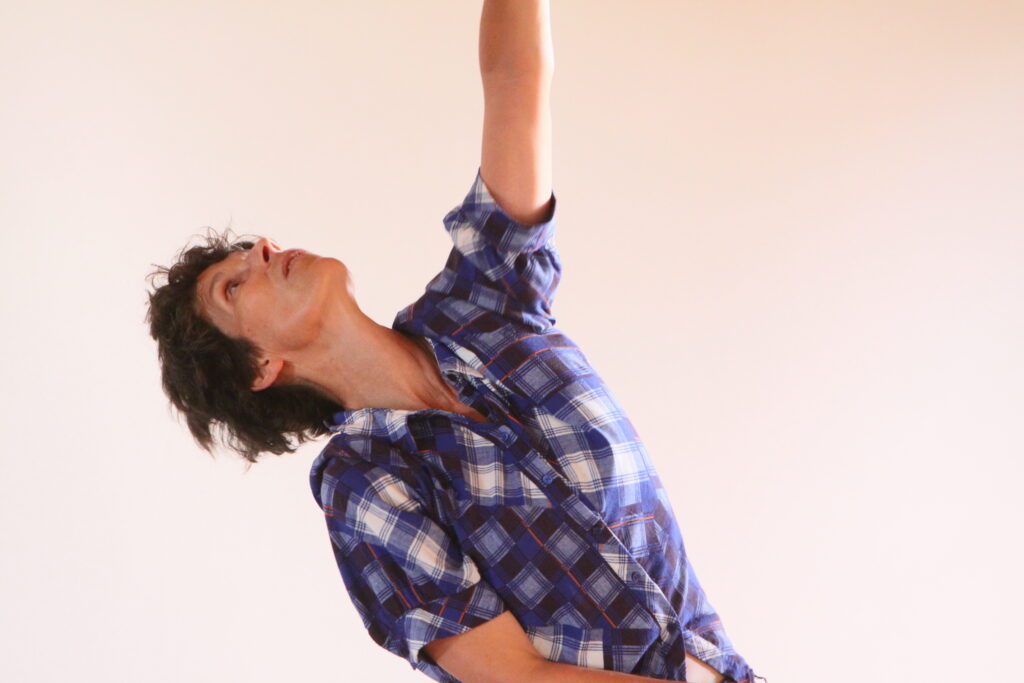